Why Are Thong Bikinis Becoming More of a Trend In Recent Years?

Fashion is an accessory of character. What you wear is an extension of what you think or feel and makes a statement about who you are. Clothes do not make the person, but they do announce your arrival and help to make the first impression. As the nature of what makes a person’s character good or bad is redefined so are the statements we make about ourselves through the clothes we wear.

The exploding of imagery on the television and internet has given fashion a platform to rise upon. When something becomes a trend in the culture of pop, there is a reason and most of the time that reason is a celebrity. Celebrities are more than an actor or actress in a movie or a singer with a microphone. They are icons of the age who speak new fashion into life by their confidence and swagger. Celebrities who believe in themselves and have the courage to try every fabric, color, or pattern on any outfit can set the stage for the hottest outfits.

Bathing suits are like any other piece of clothing in one sense. They are not new to the world, and they are always going through a cycle of what is trendy. The rise in sales of thongs has happened in large part due to their use by celebrities. The morality standards have changed dramatically since the television was first invented. At the beginning of television, the idea of showing an ankle was an offense and in today’s social market there are no boundaries. The perceived link between what is morally acceptable to be worn and who you morally are has been severed. The idea that your public image and personal morality are defined as being one and the same is no longer valid as celebrities have learned to brand their image according to the public interest. To be coy, what you see isn’t what you always get.

Is It Wrong to Wear a Thong?

Society has moved past the question of “to be or not to be” as it is no longer the question. When your beautiful wife or girlfriend of five to ten years is totally devoted to you and chooses to wear a thong at the beach, the pool, or in your home there is no question in your mind about her fidelity. The thong does not make the heart scandalous. The heart makes the heart scandalous.

Can there be a place and time where a thong is inappropriate, even for the virtuous? Absolutely! If you will not wear white to a wedding when you are not the bride, you should not wear a thong to a high school swimming contest. Exercise good judgment in the choice to wear a thong as you would with any other piece of clothing. Like all clothing, the thong should be the right color, style, and fit accentuating your body as it was designed to.

You have to be the best version of yourself that you can be, no one else can do that for you. If your confidence in your body is supported by a setting for wearing a thong, have at it. If, however, your morality is challenged and you do not feel comfortable in just your own skin the thong may not be part of who you are. To believe in yourself and your virtue takes a strong measure of courage.

Some men feel uncomfortable in a tie while others feel uncomfortable in a tank top. How a woman feels in a revealing bathing suit will depend on the woman. Think of the famous artists who had to muster the courage to wear an outfit made out of steak, skin-colored invisible materials, or painted clothes. Courage and outfits are necessary companions in the world of setting trends. Without courage and risk-taking there would not be a variety of outfits to choose from and most people would be rather drab in their appearance.

As more and more people embrace liberal social values they recognize that what someone wears is not a deviant behavior inspiring ill will in the hearts of others. Deviants are deviants within their own hearts. True virtue does not consider what others to be virtuous as the standard; rather, it impartially considers a thing in its own right. I do not pick up a piece of clothing and ask myself if it will get the approval of those around me. To wear a thong or not wear a thong; that my friend is your question! 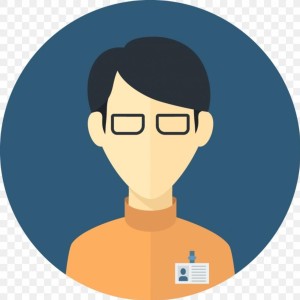 Hair Products You Must Buy To Prepare For Winter

Guide to Bra Picking for The Smaller Bust Too